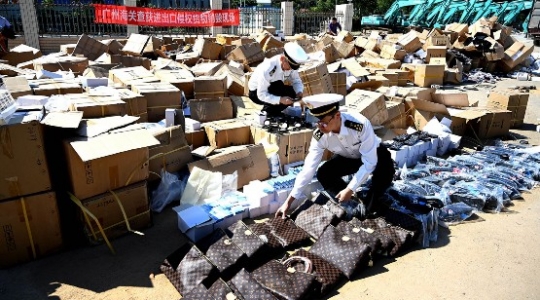 “Why would you want to put the fox in charge of the henhouse?” says one American expert.

Of all nations, China has been perhaps the most aggressive in stealing intellectual property, especially from U.S. companies—a key issue in U.S. President Donald Trump’s trade war with Beijing. Now, Beijing has its sights on leading the global organization that is supposed to protect IP, and which sets international standards for patents, trademarks, and copyrights.

Given China’s long track record of corporate espionage, rampant IP theft, and support for U.S. enemies, many trade experts are wary, to say the least. Several years ago, the United States even opposed the creation of a patent office in China on the grounds that stringent safeguards for protecting the confidentiality of trade secrets in patent applications might be subject to intrusions in China, according to James Pooley, a former deputy director-general at WIPO who managed the agency’s international patent system. A WIPO official said the agency has no intention of opening a patent office outside the agency’s high-security office in Geneva.

Under WIPO rules, patent applications remain confidential for 18 months before they are approved and then made public.

“Protecting the applicants’ trade secrets was a core part of what we were doing,” said Pooley, who became a WIPO whistleblower in 2014. “The Trump administration’s view of China is that it is a thief. Why would you want to put the fox in charge of the henhouse?”

More than a decade after Beijing launched its drive to boost indigenous innovation, China has become a major innovator in its own right and is taking a stronger apparent interest in protecting intellectual property—its own, at least.

Ironically, one reason for Beijing’s move is that China is now producing a great deal of IP of its own. For years, China had shown little interest in carving out a leadership role at WIPO. But it has been quietly deepening its relationship with the agency, which sets the rules for international patents, trademarks, and copyrights. Today, more than a decade after Beijing launched its drive to boost indigenous innovation, China has become a major innovator in its own right and is taking a stronger apparent interest in protecting intellectual property—its own, at least.

U.S. officials have reached out to friendly countries to try to persuade Beijing to reconsider its bid for the top WIPO job and instead accept another senior management post at the agency, according to diplomatic sources. So far, Chinese officials in Geneva have demurred, those officials told Foreign Policy.

The Chinese bid poses a challenge for the United States, which has been pushing to contain China’s rise as a technological superpower while checking its growing diplomatic clout at the U.N. and other international organizations. China’s potential challenge to the stewardship of global intellectual property standards comes at a time when Beijing is also seeking to rewrite the rules of the road for much bigger swaths of the global economy, including the role of state-owned enterprises and the use of state financing to achieve other geopolitical gains.

The United States has repeatedly charged China with violating its commitment to a rules-based system that ensures open markets and respects the sanctity of intellectual property rights.

A team of economists and government experts found the United States loses up to $50 billion a year from Chinese theft of trade secrets, counterfeiting, and other unfair trade practices, the Office of the U.S. Trade Representative says. In an address to the U.N. General Assembly in September, Trump accused China of the “theft of intellectual property and also trade secrets on a grand scale.”

The election effort comes as China is emerging as a leading force in artificial intelligence and next-generation 5G mobile phone technology, and as the world’s most prolific filer of patents, accounting for nearly half of the more than 3.3 million global patents in 2018, according to WIPO figures in October. In comparison, U.S. companies filed just under 600,000 applications, though they did file more patents—230,000—in foreign countries last year than China or any other country. The controversial Chinese telecommunications company Huawei led the way, filing applications for 5,405 patents in 2018, more than any other company. Read more..