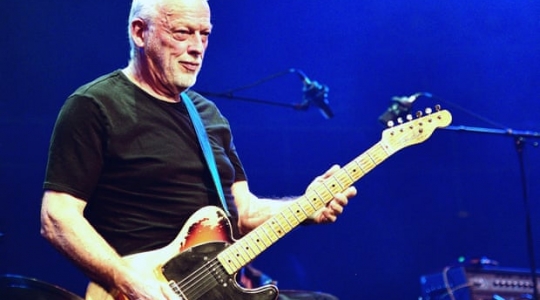 Michaël Boumendil has appealed court decision to throw out his case against the Pink Floyd guitarist for alleged misuse of music.

David Gilmour is in a legal battle with the composer of a ubiquitous jingle that plays at French train stations, Télérama reports.

Gilmour heard the four-note jingle for France’s national railway operator SNCF in Aix-en-Provence in 2013 and was charmed. “It makes me want to sing and dance,” he told Le Parisien in 2015.

Gilmour approached composer Michaël Boumendil to ask if he could use the music in a song – a request Boumendil thought was a prank at first. The pair reached an agreement and were billed as co-writers of Gilmour’s 2015 single, Rattle That Lock, receiving approval from SNCF.

A year later, however, Boumendil took Gilmour to court, arguing that he hadn’t used the notes from the jingle as planned, but the recording that SNCF plays in stations. Boumendil claimed the contract permitted Gilmour to replay the notes, not to interpolate the exact recording. He sought €450,000 in damages.

In May 2018, a court rejected Boumendil’s claims, saying that he was too slow to quibble the contract, and ordered him to cover Gilmour’s legal fees.

Now, Boumendil has appealed the judgment. Representatives for Gilmour and Boumendil declined to comment. Read more…