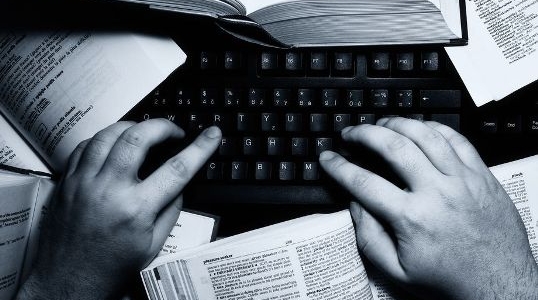 Nine applications to register derogatory words and symbols have been filed with the US Patent and Trademark Office following a US Supreme Court ruling in June that barring such trademarks was unconstitutional.

The n-word and swastikas are among the culturally charged imagery and language that both individuals and companies are attempting to register for products, including energy drinks, sweatshirts, and fragrances, Reuters reports.

In all, seven applications for versions of the n-word have been filed with the Patent and Trademark office since June 19, along with an application that included a Chinese slur and the emblem of the German Nazi Party.

Once an entity owns a federally registered trademark, it’s not technically required to sell goods using the trademarked images. However, the federal registration does protect parties against the unauthorized use of their trademarked brands. In these cases, that would include the use of or profit from privately owned, discriminatory language.

Prior to the June 19 ruling, the office had regularly dismissed applications “which may disparage … persons, living or dead, institutions, beliefs, or national symbols, or bring them into contempt, or disrepute,” under Section 2(a) of the Trademark Act of 1946. Also known as the Lanham Act, the law regulates trademarks, service marks, and unfair competition.

On June 19, that practice was officially upended with the case of Matal v. Tam. In a unanimous decision, all eight Supreme Court justices (Justice Neil Gorsuch did not take part in the vote) agreed that the disparagement provision “offends a bedrock First Amendment principle: Speech may not be banned on the ground that it expresses ideas that offend.”

The case involved an Asian-American band from Portland, Oregon, that sought to trademark the band’s name, which is typically considered an Asian slur. The members had both their application and their appeal denied by the US Patent and Trademark Office and the US Trademark Trial and Appeal Board (TTAB), respectively.

In a New York Times op-ed, the Slants frontman Simon Tam argued that their case was about reclaiming the power of a disparaging word. “We had called ourselves the Slants as a way of seizing control of a racial slur, turning it on its head and draining its venom,” Tam wrote.

The Slants’ victory sparked a national debate over the ownership of language and resulted in the Department of Justice ceding in a case brought by Washington, DC’s football team over trademark registration. In 2014, Washington had its trademark protection canceled by the Patent and Trademark Office on the basis that both the name and the logo were disparaging. The Washington team lost appeals over the registration with both the federal TTAB and US District Judge Gerald Bruce Lee, before suing the federal government and five Native Americans over the constitutionality of the Lanham Act’s disparagement clause. On June 28, the Department of Justice submitted a letter in federal court, citing the recent Supreme Court decision.

Attorney and trademark expert David Bell told Reuters that the Supreme Court’s ruling and this latest barrage of trademark applications are the opening of Pandora’s box.

“We’re now opening the door, chipping away at what’s acceptable under cultural norms,” he said. “I think it could be a slippery slope, where you get more people and companies thinking, ‘This is okay.’”

Jennifer Guiliano, an assistant professor of history and author of Indian Spectacle: College Mascots and the Anxiety of Modern America, says that while the Slants case has set the current precedent, its context is specific. That, she surmises, opens doors to a much larger legal battle.

“The people holding the trademark are people of that community, of that identity. … That allows them a measure of cultural authority,” she told me.

“I think it’s really important for people to recognize that these types of decisions are not permanent,” Guiliano continued. “These types of legal decisions get continually relitigated and re-challenged in the court system. For me, [the Slants case] is just another moment and stage.”

Trademarks are often not immediately decided upon and can take years to approve or deny. On June 26, the Patent and Trademark Office told staff the disparagement provision was no longer usable as a basis for rejecting a trademark, but it remains unclear how immediately any of these recent applications will be addressed.

Correction: An earlier version of this story’s headline used the word copyright instead of trademark. Trademarking and copyright both protect intellectual property, but copyright covers creative works while trademarking covers things like business names, slogans, and logos.