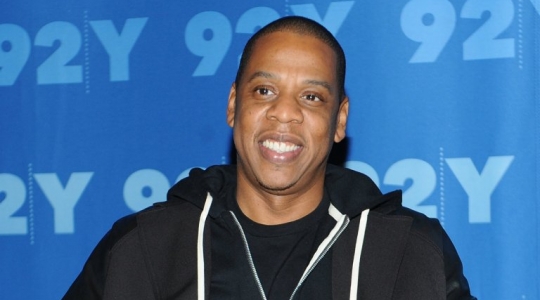 A roundup of entertainment law news, including the alleged rights-holder of Zorro being sued for infringing a Zorro work.
Shawn “Jay Z” Carter and Damon Dash have prevailed in a lawsuit that contended they stiffed the individual who created the logo for Roc-A-Fella Records.The plaintiff in the case was Dwayne Walker Jr., who claims he met with Dash on multiple occasions in 1995. At the time, Dash allegedly told Walker of wanting a logo incorporating an “R,” an album and a champagne glass, and upon being asked how much would be charged, Walker responded, “five percent of everything that the logo is on and $3,500.”

Later, Walker enlisted three others to make the logo and says he came to a handshake deal with Dash in which he would get 2 percent royalties for the next 10 years of use. A formal contract didn’t come, but Walker says he got a brief description of the deal down on paper. He couldn’t produce the original copy in court, however. He relied on memory.

The defendants offered a different story: that the logo was created by Roc-A-Fella’s art director.

Now, after more than four years in court, U.S. District judge Andrew L. Carter has ruled on summary judgment that Walker hasn’t presented evidence of the existence of a written instrument to create a triable issue of fact. Walker’s own testimony also doesn’t suffice, and in the absence of a written agreement, the supposed oral deal doesn’t overcome New York’s Statute of Frauds, the judge concludes.

In other entertainment law news:

— Curtis “50 Cent” Jackson, CBS Television and Starz Entertainment have been hit with a copyright lawsuit over the series, Power, from two individuals — R. Byron Hord and Curtis Scoon — who claim to have written a script about a drug dealer’s attempt to “go legit.” They say they met with TV executives in 2010, who then pitched 50 Cent the following year. 50 Cent never contacted the plaintiffs. Now, the lawsuit seeks to enjoin Power from future infringement. Here’s the complaint.

Last November, as DraftKings and FanDuel began running into legal trouble over their daily fantasy sports games with some states contending they were operating illegal gambling enterprises, Fox, Time Warner and Comcast were among the media companies targeted in court for facilitating the enterprise. Since then, thanks to lobbying and settlements, DraftKings and FanDuel have rebounded somewhat, although they still remain on the defensive, as evidenced by a $4 million lawsuit filed Friday over money allegedly owed to a cable television network operator. But the big media companies, which made substantial investments in daily fantasy sports when the category looked to be the next big thing, could be on the verge of limiting any exposure that they themselves might have. On Monday, for instance, Comcast and Time Warner were dropped as defendants from a consolidated MDL playing out in Massachusetts federal court.

— Robert Cabell, the author of a 1996 musical entitled Z — the Musical of Zorro, has been in court against the purported owner of Zorro rights with claims that Zorro (first featured in a 1919 work by Johnston McCulley) is in the public domain and that trademarks should be canceled. On Monday, Cabell amended his complaint against Zorro Productions, Inc., and its chief John Gertz to allege that the defendants copied his musical in a collaboration with the Gypsy Kings. The lawsuit shows that even if something is in the public domain, new elements for new versions can potentially be protected under copyright law. Here, Cabell asserts he was the first to write about Zorro’s early life. Here’s the complaint.