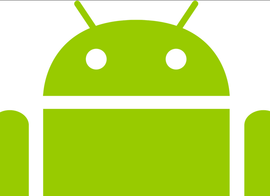 Microsoft and Kyocera have settled a dispute over Android patents, and simultaneously entered into a patent cross-licensing arrangement about which no details are available.

On July 2, the two companies resolved that suit, and simultaneously signed an expanded patent-licensing arrangement, according to a very brief press release from Microsoft.The new patent agreement “enables the companies to use a broader range of each other’s technologies in their respective products through a patent cross license,” the press release said.

No further details — including which technologies are being cross-licensed and/or how much either company paid the other — are being disclosed by the two companies.

When Microsoft sued Kyocera, court documents indicated that Microsoft was claiming it had patented thread scheduling, display sensor, network management and communications technologies, among others.

In March, Microsoft asked the U.S. District Court in Seattle for a U.S. sales injunction on three phones made by Kyocera: The Duraforce, Hydro and Brigadier.

Kyocera is not the first Android vendor Microsoft has sued over patent-related issues. It also sued Barnes and Noble, Foxconn and Inventec over a suit involving the Nook reader. Microsoft settled with B&N, and joined forces to create a spinoff. The two terminated their Nook Media deal at the end of 2014.

Microsoft also sued Samsung following Samsung’s attempt to wriggle out of its patent-licensing agreement with Microsoft. Samsung had argued Microsoft’s Nokia acquisition breached the business deal between the two. The pair settled in February 2015.