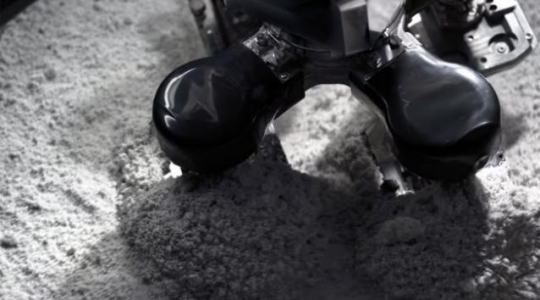 The Samsung vs Apple patent infringement hearing was yesterday. The hearing went over familiar ground, that both sides had argued over before. The “friends of the court” submissions were considered as well. These were briefs submitted to the hearing by third parties that were not directly related to the trial, but any decision taken by the court would affect these third parties. Silicon Valley tech companies had submitted a brief in support of Samsung. Industrial designers, fashion designers and design researchers had submitted a brief in support of Apple.

The Apple iPhone and the Samsung Galaxy S i9000

Kathleen M Sullivan represented Samsung, who were the petitioners. Seth P Waxman represented Apple, the respondents. The transcript of the entire hearing (PDF) is available on the Supreme Court web site.  The Verge notes that most of the design patent lawsuits are settled out of court. The Supreme Court has one member less, who would be appointed after the presidential election, according to a report by BuzzFeed. A decision is expected in the middle of next year, and it will have far reaching implications beyond just this case.

The argument by Samsung was that the design patents by definition only cover the design, and not the other components that make up a phone. In a lower court, Samsung had argued that if an entity owned the design patent for a cup holder in a car, it is absurd to award the patent owner profits of the sales of an entire car.

There was also a discussion over what the infringing product was. This could be the entire phone, or only the body with rounded corners and chamfered edges. The infringing product here, according to Samsung, was only the parts of the phone that copied the design, and not the entire phone. Depending on the interpretation, Samsung would be required to pay profits on the entire device, or only a portion of the profits. An expert report submitted by Samsung had argued that “only 1 percent of the value of the phone is due to the design or the design of the iconic front face of the phone.”

The question was how much the iconic design contributes to the sales of the vehicle. Consumer surveys was considered as an option to gauge the importance of the design in a purchasing decision. Justice Alito said “This hypothetical is not helpful to me, because I can’t get over the thought that nobody buys a car, even a Beetle, just because they like the way it looks. What if it, you know, costs, I think, $1800 when it was first sold in the United States? What if it cost $18,000? What if it got 2 miles per gallon? What if it broke down every 50 miles?”

The US Supreme Court Building

Another example to understand the two sides of the argument was that of the copyright infringement of a film script. A producer copied a film script, invested in high profile director and star actors. It would be unfair to award the entire proceeds of the film to the owner of the film script. Experts were called in who testified over how much the film script contributed to the total proceeds of the movie. The figure that comes up after these testimonies is bound to be a rough approximation, and not an accurate number. However, that is a better way out than awarding all the money, or none of the money. A similar conclusion can be reached in the Samsung vs Apple case.