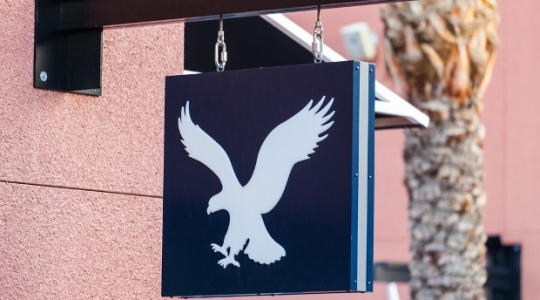 Clothing retailer American Eagle has been ripped into by a trademark infringement action brought by the owner of a clothing company.

Robert Lopez filed the lawsuit at the US District Court for the Southern District of New York on Monday, October 17. He also claimed unfair competition and false designation of origin.

According to the suit, Lopez sells his clothing through www.lesclothing.com and his t-shirts and sweaters are available in several retail locations in New York and other states.

American Eagle is currently selling t-shirts bearing the trademarks, according to the suit. It has also promoted the t-shirts under the heading ‘Lower East Side’ on its website.

The suit added that Lopez had experienced “actual [consumer] confusion” in connection with the infringement and that he expects more confusion, which will result in the “unjust enrichment” of the clothing retailer.

American Eagle’s unlawful use of the mark has been done “wilfully” and has resulted in “injury and damage” to Lopez, the suit claimed.

Lopez is seeking injunctive relief, an account of profits, destruction of all infringing materials, punitive damages and a jury trial.

He has also asked the court to order American Eagle to display an advertisement or send notifications to its customers stating that it has “improperly” used the trademarks.