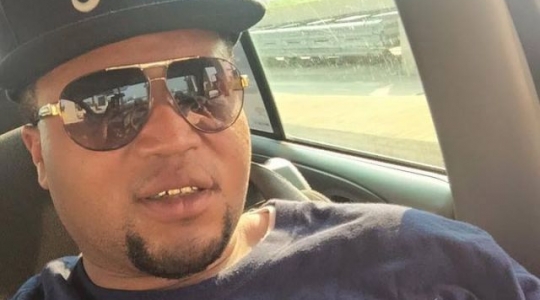 Supreme Court has not ruled about compelled unlocking of fingerprint-locked devices.

A Dallas, Texas man accused of prostituting underage girls was secretly ordered by a federal judge to unlock his iPhone using his fingerprint, according to federal court documents that are now unsealed.

It’s rare that we see a case demanding that a phone be unlocked in that manner, but we should expect more as the mainstream public begins embracing fingerprint technology. Ever since 2013, when Apple popularized this form of unlocking technology, legal experts have predicted that these types of government demands would slowly become more common. Experts also warned these demands are probably not a breach of the Fifth Amendment right against compelled self-incrimination.

As an aside, some courts don’t necessarily think that compelling a suspect to reveal their computer passcode is a constitutional violation. A Philadelphia man accused of possessing child pornography has been behind bars on a contempt charge for more than seven months for refusing to divulge his password. The man’s attorney claims it’s a constitutional violation to compel his client to assist the authorities with their prosecution. A federal appeals court has tentatively agreed to hear the case in September as the suspect (who has not been charged with a crime) remains in prison.

The Dallas fingerprinting issue involving Martavious Banks Keys was first unearthed by Forbes. The Keys prosecution paints a picture of greed and cruelty, but it also highlights how far the authorities are willing to go to obtain encrypted material on locked mobile phones.

Even so, the government’s efforts in this instance were not successful, according to court documents. The authorities were unable to access the phone’s contents. The reason is most likely because, if a iPhone that has been fingerprint enabled has not been used for at least 48 hours, both the password and fingerprint are required to unlock it.

“Unable to obtain forensic aquisition (sic) of the described device,” a federal agent wrote in a search warrant return that was recently unsealed.

Here’s Magistrate Judge Irma Ramirez’s now-unsealed order demanding the defendant’s cooperation: “It is further ordered that Martavious Banks Keys shall cooperate with the Agent selected by the government in providing his fingerprints to aid in unlocking his Apple iPhone Model 5S, currently in the custody of the government.” The order was issued on May 26.

Because the litigation over the defendant’s iPhone had been shrouded in secrecy, it is unclear whether the government has accessed the phone’s contents via another method. What’s more, it is not known whether the authorities have sought to compel the defendant to unlock his phone with his passcode in addition to his fingerprint. Keys remains behind bars, so he is unlikely to care if a judge holds him in contempt.

The law on the topic is unsettled. Only a smattering of legal rulings have involved somebody being compelled to use their fingerprints or disclose a password. The Supreme Court has yet to rule on either of the hot-button topics.

Many legal scholars, however, assert that forcing somebody to turn over a passcode is a constitutional violation because it requires somebody to use their mental state against them. But many scholars think differently when it comes to fingerprints.

“But if we move toward authentication systems based solely on physical tokens or biometrics—things we have or things we are, rather than things we remember—the government could demand that we produce them without implicating anything we know. Which would make it less likely that a valid privilege against self-incrimination would apply,” Marcia Hoffman, a well-respected privacy attorney, wrote in 2013.

The authorities said they searched his Dallas apartment in May and seized a semi-automatic pistol, sex toys, a laptop, and wireless phones. Authorities “photographed numerous condoms found in the apartment.” The record shows that Keys was convicted in Mississippi of felony vehicle burglary and is prohibited from possessing firearms.