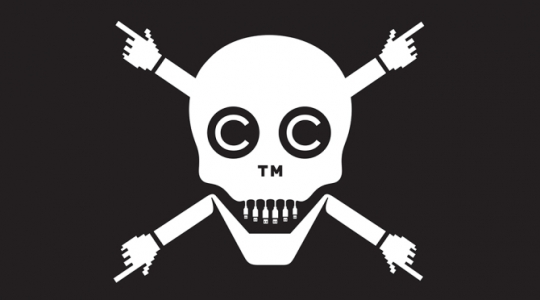 Google received requests to scrub 213 million links from its search engine in the first 12 weeks of 2016 because of copyright infringement, a Variety analysis of the company’s data shows — an increase of 125% compared with the same period last year.

The search giant allows copyright holders to ask Google to omit Web addresses with allegedly infringing content, under the Digital Millennium Copyright Act, and the company has published data on the process since 2012.

The surge in copyright-removal requests doesn’t necessarily mean piracy is on the rise. Rather, new automated tools for finding infringing URLs and submitting them to Google are likely behind the increase, while at the same time more players across the globe are more actively trolling the Internet for pirates, according to ABI Research analyst Sam Rosen.

“Copyright-prevention services are becoming more a mainstream part of doing business,” Rosen said. Hollywood studios and major record labels were early adopters of DMCA takedown requests, and today that’s grown to include parties such as international music licensing organizations and labels, he said.

Still, whatever the reasons for the spike, both the MPAA and Recording Industry Assn. of America say the numbers show that the DMCA is not a tenable solution to combating Internet piracy.

“The large volume of removal requests cited in Google’s Transparency Report clearly illustrates the magnitude of the piracy problem and the ineffectiveness of the ‘notice and take down’ system,” said Chris Ortman, MPAA VP of corporate communications. “If this system were working, the numbers would be going down — not up.”

The data highlights the fact that DMCA “is fundamentally broken and needs to be updated to reflect the modern Internet age,” added Cara Duckworth Weiblinger, RIAA’s VP of communications. “For content creators everywhere who must work tirelessly to keep illegal copies of their work off the Internet, there must be a better way.”

Google declined to comment. In 2014, the company said it updated its search algorithms to more effectively demote sites that have received a large number of DMCA takedown notices. But critics say the steps haven’t gone far enough.

“This endless game of Whac-a-Mole puts a tremendous burden on content creators – forcing them to divert time, energy and resources away from developing creative works,” said the MPAA’s Ortman. “We urge Google to apply its technological expertise in pursuit of more meaningful solutions to the problem.”

The U.S. Copyright Office is currently soliciting public input as part of evaluating the effectiveness of the safe-harbor provisions of the DMCA, with a deadline for initial comments of Friday, April 1.

Movie studios and TV networks are among the largest users of Google’s DMCA system for search. In the past year, Fox has submitted 13.8 million URL removal requests to the search provider, HBO 10.1 million, Paramount Pictures 8.8 million, Disney 8.2 million, CBS 8.0 million, NBCUniversal 6.3 million and Lionsgate 6.2 million, according to Google’s data. RIAA member companies have submitted about 10 million removal requests in the last 12 months.

Google’s Transparency Report covers only requests for its search engine, excluding DMCA takedown requests for YouTube and other services.