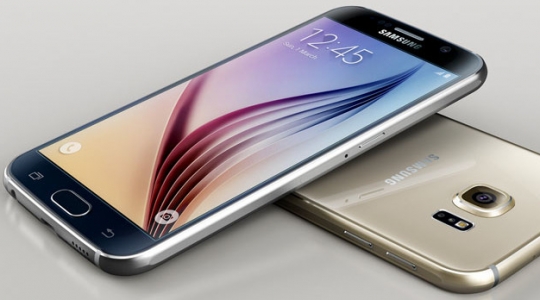 Sure, it ripped off the iPhone but let’s be realistic here

Samsung has appealed to the Supreme Court to hear its patent case against Apple.

The appeal [PDF] was expected when Samsung lost the case in 2012, and an appeal this May, and was told to pay the iPhone maker just under $1bn in compensation.

The case revolved around the fact that Samsung’s smartphones were strikingly similar to the iPhone’s design: namely, a rectangle with smooth edges and little icons on the screen.

Interestingly however, the case revolves not so much around whether Samsung copied the iPhone’s design, but whether the patent law used in the case is really still applicable in 2015, having been developed in the 19th century.

The case was unusual in that it revolved around a “design patent,” covering how something looks, as opposed to the far more common “utility patent,” which covers how something works.

Samsung argues in its brief that the case law surrounding design patent is now hopelessly outdated – and many experts agree, regardless of what they think about Samsung’s smartphone designs.

The Supreme Court hasn’t heard a design patent case for more than a century and there is no obliging it to do so in this case, but Samsung explains why it should.

“The [Supreme Court] has decided many utility-patent cases in recent terms, but has not reviewed a design-patent case in more than 120 years. Late nineteenth-century cases considered design patents on such products as a spoon handle (1871), a carpet (1886), a saddle (1893), and a rug (1894).”

It goes on to make the point that the rectangular design or rounded edges of a smartphone is really just one small part of a much more complex product.

“A patented design may be the essential feature of a spoon or a rug. But the same is not true of smartphones, which contain countless other features that give them remarkable functionality wholly unrelated to their design. By combining a cellphone and a computer, a smartphone is a miniature internet browser, digital camera, video recorder, GPS navigator, music player, game station, word processor, movie player, and much more.”

“This case involves three design patents covering partial features of smartphones – complex products that contain hundreds of thousands of features that have nothing to do with a phone’s design.”

The other main part of the Supreme Court brief is the fact that under the law as currently written, if a product is found to have infringed a design patent then all profits – 100 per cent of them – that have derived from that product must be handed over. Hence Samsung’s huge $980m fine (it has paid $548m so far, which it says it wants back if it wins).

But, Samsung argues, this is not a realistic prospect given the complexity of modern devices. There are around 250,000 design and utility patents covering the many different components of a smartphone: if a company is found to have infringed on even just three of them, how can it pay three times its total profits to the patent holders?

The absurdity of this rule is highlighted by Samsung when it argues that “under this holding, profits on an entire car – or even an eighteen-wheel tractor trailer – must be awarded based on an undetachable infringing cup holder.”

Instead, it argues that fines should be based on the relative value that infringement of a patent has on the overall value of the product. So in the cupholder instance for example, an infringing car company would only be required to pay a small percentage of its profits to CupHolder Designs Inc.

Will it or won’t it?

There are good reasons why the Supreme Court would decide to accept or decline to take on the case.

For one, the issue of outdated patent law is coming to a head, with law courts recently taking a firmer stand with so-called “patent trolls” – companies whose sole business is forcing companies to pay it compensation for “infringing” patents it has purchased.

The fight between Apple and Samsung in this case is not even about the two companies: it is all too easy to imagine the two companies being in the complete opposite roles given the number of patents and complexities surrounding modern gadgets. It is clearly time that the law was renewed for the modern, internet era, especially when the size of the companies, the sums involved, and the impact on society is getting bigger and bigger.

That said, the Supreme Court has a tendency to interject only when it comes to conflicting interpretations of existing law rather than take on an effort to rewrite the law.

The 100 per cent profit rule, for example, came from Congress and is written into the law. It would be all too easy for the Supreme Court to note that it is an issue for Congress to resolve, not it. ®