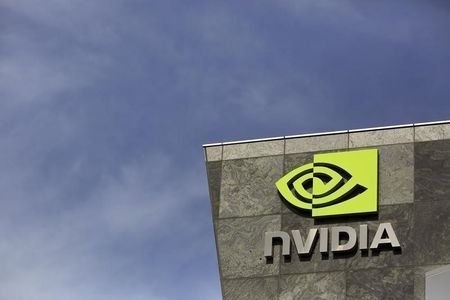 Nvidia Corp. lost its claims against Samsung Electronics Co. and Qualcomm Inc. after a U.S. trade agency said there was no violation of Nvidia’s patent rights related to graphics-processing chips.

The U.S. International Trade Commission upheld on Monday a judge’s October findings that cleared Samsung of claims it was using Nvidia inventions without permission.

Nvidia, based in Santa Clara, California, said it filed the patent-infringement complaint after two years of licensing talks failed. Samsung retaliated with its own patent claims, and a judge in that case is scheduled to release his findings on Dec 22.

The Nvidia case sought to force Suwon, South Korea-based Samsung to stop selling and shipping into the U.S. some of its smartphones and tablet computers, including some that had Qualcomm Inc. chips.

Samsung said the products targeted in the case account for more than a quarter of the smartphones sold in the U.S. and almost 40 percent of the devices that run on Google Inc.’s Android operating system.

“We are very pleased that the ITC came to the right and just conclusion that we did nothing wrong,” Samsung said in a statement.

Nvidia said it will consider an appeal of the decision.

“While today’s ruling ends this particular case in the ITC, we remain firm in our belief that our patents are valid and have been infringed,” Nvidia said in a statement posted on its website.

Those inventions “enable realistic and lifelike three-dimensional graphics critical to today’s visual computing experience,” Nvidia told the agency in asking the commission to review the judge’s findings. It said Judge Thomas Pender erred in his determination of what the patents cover.

The graphics chipmaker said the mobile-device market is “intensely competitive, very fast-growing and dynamic” and an import ban against some Samsung products won’t change that.

Samsung argued that Nvidia was trying to claim old ideas regarding desktop computers cover new products because none of its chips are used in smartphones.

“Nvidia’s fundamental problem is that none of its patents are directed to modern mobile technology, no matter how hard it tries to stretch the claims,” Samsung said.

Even if Nvidia’s patents were infringed, Samsung argued, the inventions relate to “very specific and narrow aspects of graphics processing” and said that it would need at least six months to make a transition to newer models without disrupting the market.

Each company also has filed petitions with the U.S. Patent and Trademark Office, seeking to have the other’s patents canceled by arguing they never should have been issued in the first place.

The possibility of an import ban against Samsung has prompted an outcry from the lobbying group for the wireless industry as well group including the Florida House of Representatives and the Prairie View, Texas, City Council.

“There is little doubt that an order barring Samsung from selling mobile devices like smartphones and tablets in the U.S. would harm the public interest by negatively affecting the entire mobile device ecosystem as well as the economy as a whole,” BTech Inc. and Go!Foton Corp. wrote to the commission.

The companies said they provide services and hardware to mobile-network owners and an import ban against would have domino effect on other businesses.