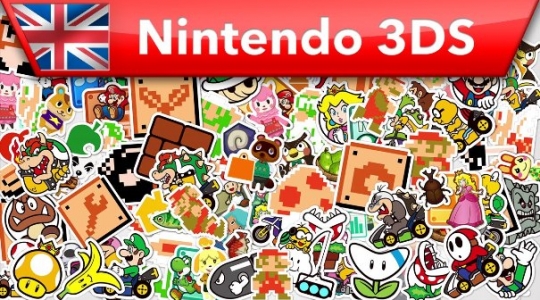 REDMOND, Wash.–Nintendo has prevailed in a patent case in Seattle federal court concerning the company’s Mii characters. Judge Richard A. Jones found that U.S. Patent No. 8,005,303, which relates to ways of storing police sketch-artist data, was invalid. RecogniCorp LLC, a patent-assertion company, filed this case in 2011, claiming that the Mii characters used on Nintendo’s systems, including Wii U, Wii and Nintendo 3DS, infringed the patent.

“Nintendo will continue to protect its products and innovations against accusations of patent infringement.”

Judge Jones held that the patent was an improper attempt to monopolize mathematical operations, which cannot be patented. The Judge therefore did not need to rule directly on Nintendo’s non-infringement arguments.

“We are very pleased with Judge Jones’ decision, which finally put an end to RecogniCorp’s attempt to cover inventions to which it has no rights,” said Ajay Singh, Nintendo of America’s Director of Litigation and Compliance. “Nintendo will continue to protect its products and innovations against accusations of patent infringement.”

About Nintendo: The worldwide pioneer in the creation of interactive entertainment, Nintendo Co., Ltd., of Kyoto, Japan, manufactures and markets hardware and software for its Wii U™ and Wii™ home consoles, and Nintendo 3DS™ and Nintendo DS™ families of portable systems. Since 1983, when it launched the Nintendo Entertainment System™, Nintendo has sold more than 4.3 billion video games and more than 686 million hardware units globally, including the current-generation Wii U, Nintendo 3DS and Nintendo 3DS XL, as well as the Game Boy™, Game Boy Advance, Nintendo DS, Nintendo DSi™ and Nintendo DSi XL™, Super NES™, Nintendo 64™, Nintendo GameCube™ and Wii systems. It has also created industry icons that have become well-known, household names such as Mario™, Donkey Kong™, Metroid™, Zelda™ and Pokémon™. A wholly owned subsidiary, Nintendo of America Inc., based in Redmond, Wash., serves as headquarters for Nintendo’s operations in the Western Hemisphere. For more information about Nintendo, please visit the company’s website at http://www.nintendo.com.