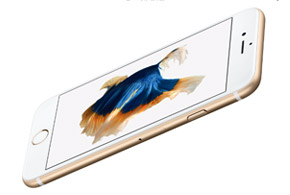 The patent application describes special rubber ports over headphone and other openings to protect them from water coming in.

Apple is applying for a patent for a technology that could allow the company to build waterproof iPhones in the future by protecting external headphone ports and charging cords with special self-healing rubber receptacles. The patent application, which was posted by the U.S. Patent and Trademark Office on Dec. 10 after originally being filed by Apple on June 9, 2014, could be a hint of a future feature in the company’s flagship smartphones. The application describes the innovation as a “self-healing elastomer applied over one or more external electronic connectors,” which would protect internal electronic connectors used to plug in external headphones or charging cords. The special self-healing elastomer, which is essentially rubber, would then be pierced temporarily by an incoming plug on a headphone cord or charging cord to allow the connection to be made, according to the application. When the cord is removed, the self-healing rubber material would then regain its original shape to again block the port, making the device safe from water that would try to penetrate into the device. Other smartphones have been sold that are waterproof, including models from Samsung, but iPhones have not yet had the feature.

Earlier in December, reports surfaced that Apple could be looking at dropping the long-established 3.5mm headphone jack on its next iPhones and replacing it with a thinner Lightning connector or Bluetooth to help make the phones even thinner, according to a recent eWEEK story. Even if the headphone jack was deleted, the company’s patent application to seal iPhone ports could still be useful.

The desire to make the next-generation iPhones even thinner is the motivation for the possible change, according to the earlier reports. Instead of the headphone jack, the next iPhones could be equipped with a thinner, single, multipurpose Lightning slot that will double up as a headphone port as well as charger, while Bluetooth connectivity could also be used in place of the headphone jack. The next devices are expected to be called iPhone 7 models. The latest iPhone 6s (pictured) is 0.27 inches thick, but could be reduced by another 0.04 inches by removing the headphone jack. Also in December Apple launched a new snap-on battery case for its iPhone 6s and iPhone 6 smartphones that is designed to extend battery life. The smart battery case retails for $99 and promises to extend battery life for up to 25 hours of talk time on the smartphones, up to 18 hours of Internet use on LTE, and even longer for audio or video playback. The new case has a soft microfiber lining inside to help protect an iPhone’s glass surfaces and a soft elastomer hinge design that makes it easy to install or remove the extended battery case from the handset. The exterior surface of the case is silicone for easy gripping. The case, which was designed by Apple for its phones, is available in white or charcoal gray. When installed on an iPhone 6s or iPhone 6, the battery case can simultaneously charge the phone and itself to extend a user’s phone performance. A battery status icon on the phone’s lock screen tells users how much charge is left in the case and phone at all times. The battery case supports Lightning accessories, such as the Lightning to USB Cable that comes with the latest iPhones, and also works with the optional iPhone Lightning Dock. Apple’s latest iPhone 6s and 6s Plus smartphones went on sale Sept. 25. The iPhone 6s includes a 4.7-inch display, while the 6s Plus has a 5.5-inch display, both of which are wrapped in a new stronger cover glass. Both new phones are built around Apple’s fastest smartphone chip, the A9, which is a third-generation 64-bit chip. The cameras on the latest devices received a major upgrade with the addition of a new 12MP iSight camera that has 50 percent more pixels than earlier devices. Both phones also are now capable of 4K video, run on iOS 9 and include new 5MP FaceTime HD front cameras.