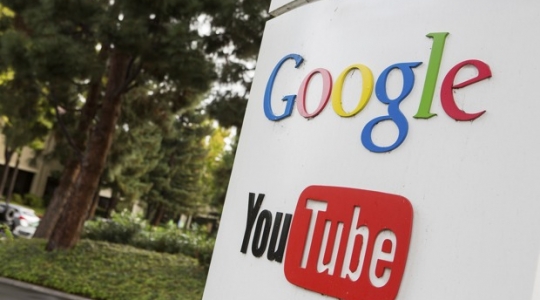 Google has vowed to help YouTube creators fight back against phony copyright claims by offering legal protection to creators—at least, to a few of them.

Fred von Lohmann, copyright legal director at the company, wrote in a blog post today that Google will now help defend certain videos that fall under the fair use doctrine. “We are offering legal support to a handful of videos that we believe represent clear fair uses which have been subject to DMCA takedowns,” he wrote.

In the cases of content Google chooses to defend, he wrote, “We’ll keep the videos live on YouTube in the US, feature them in the YouTube Copyright Center as strong examples of fair use, and cover the cost of any copyright lawsuits brought against them.”

The first four videos Google is defending include a critical review of two video game trailers; a video debunking a UFO sighting posted by another YouTube user; a video in which two sixth grade girls testifying at an Ohio House of Representatives committee hearing were asked by state representatives to date their grandsons; and a video that included news clips of Rachel Dolezal. (You can view all four in the playlist embedded above.) The creators of each video have received DMCA notices in the past.

This sounds great for those few creators Google gets behind. But the new effort would still seem to leave many creators on their own when it comes to unfounded claims that their videos are in violation.

Under the Digital Millennium Copyright Act (DMCA), web hosts are required to remove content posted by users if someone files a complaint alleging that the content infringes a copyright. If your work is taken down, you can file a counter-claim, but until the dispute is resolved, the content will remain offline. It’s a guilty-until-proven-innocent system that has led to abuse by copyright holders seeking to silence critics or cover up embarrassing mishaps. Creators also can fall victim to bizarre algorithmic accidents that result in non-infringing material being flagged. And because YouTube automates much of its copyright enforcement, as we’ve previously reported, many users have their work erroneously flagged as infringing.

In many cases, creators that receive takedown notices should be protected by fair use doctrine of copyright law, which holds that parts of copyrighted material can be reproduced for news reporting, commentary, criticism, parody, and other select reasons.

But Google’s current copyright protocol still relies heavily on an automated system called Content ID. As part of the Content ID program, copyright holders can upload works to YouTube, and the system scans for infringing matches. Videos that include even a small amount of infringing content are placed under the control of the copyright holder, who can collect advertising revenue from the video if they decide to let it remain online. Worse, YouTube allows the copyright holder to evaluate complaints of overstepping instead of fielding those complaints itself, meaning that if your fair use work gets caught up in the Content ID system, you have little recourse.

Google has a long way to go to fix its system, but copyright reform advocates welcomed today’s announcement. “It provides a useful signal to other users and the world as a whole as to what things constitute clear fair uses,” Sherwin Siy, a a vice president of legal affairs at the advocacy group Public Knowledge said in a statement.