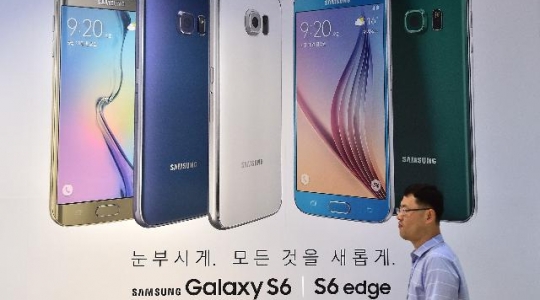 August 7, 2015 Patent , Apple, Design, Fight over the Patent, Museum of Modern Art, Patent, Samsung, Silicon Valley, The US Court of Appeals No Comments

Apple v. Samsung and a Fight Over the Patents for Designs

That buzz you hear out of Silicon Valley is the sound of a knock down, drag out fight between Silicon Valley hardware and software clans. The question at the heart of the fight is: Why is form valued so much higher than function? What matters more, form or function?

Throughout Silicon Valley and around the country, manufacturers of technology that will be incorporated into other companies’ products for sale are abuzz over a recent court ruling concerning the obtuse and dusty subject of design patents. At stake in a prominent legal case pitting Apple versus Samsung is the formula for assessing legal damages payments when one company infringes on another company’s product design. A design patent – i.e., a grant of legal protection for the ornamental look and feel of a product – gives the patent holder the ability to seek massive compensation from those that allegedly violate that design. The US Court of Appeals for the Federal Circuit is set to decide whether the design patent holder, in this case Apple, is entitled to total profits for the entire value of each infringing product, sold by Samsung, despite the incorporation of other technologies, or whether the compensation should be limited only to damages for the percentage of the product value ascribed to the design.

While this case pits tech companies against each other, the implications of a decision in Apple’s favor would ripple throughout our economy as even simple products begin to incorporate other companies’ patented technologies. For example, manufacturers of refrigerators, cars, and factory equipment that incorporate ornamental features into a user interface like a common icon into their products for the coming Internet of Things revolution could be deeply affected.

Several years ago on a trip to the Museum of Modern Art (MOMA) I stumbled into a fantastic show on modern design as art. Prominently displayed in the curated collection of useful, but beautifully crafted objects for modern living were a handful of earlier Apple products. They were rightfully displayed as art. Since that curated show, Apple’s designers could likely boast that they have produced another gallery full of product designs that could merit their own show or inclusion in an updated MOMA show.

Apple’s influence on design is everywhere and it is pervasive. A startup I advise is pushing their design team for their hardware to ensure that their final gadget, when ready for market “would be something Apple was proud of.” Apple’s products’ sleek, distinctive, modern look is something to emulate and plenty of companies have tried their best to do so. Some have even gone so far as to infringe on their design patents, no doubt.

Moreover, I will just admit it; I’m a fan boy for Apple’s super cool products. Our household is replete with their phones, computers, etc. We are an iHouse cataloguing the last decade and more of their equipment.

Nevertheless, Apple’s products, as is true of many of the advanced modern technologies we all rely on, are amalgamations of tens, hundreds, sometimes even thousands of other companies’ prior designs and technological inventions. An estimate from several years ago guessed that there were more than 250,000 patents that comprised the modern smart phone. While Apple puts it all together and makes it sing and look stylish, neither Apple nor most of the major technology providers are solely responsible for the state of mobile technology engineering.

A lower court’s ruling that found Samsung violated Apple design patents for its phones simply misunderstands the nature of modern technologies as gigantic compilations of thousands of inventions. Engineering of computing products is a building exercise. Like the layers of modern Rome, the new modern city is built upon layer upon layer of historically important but critical infrastructure. The further you dig down, the more you find that was put in place by others that came before but that still sets the foundation for the modern city.

Modern computing technology – especially smart phones – is analogous. Each finished product that gets sold to consumers is not separate from the layers of important computer engineering milestones that came before. Rather, those modern technologies tightly and efficiently integrate the engineering of other companies and other earlier inventors, and are enhanced with new functions and features to attract consumer interest and drive demand.

None of this diminishes the importance of design patents. Designers should rightfully be able to claim the proceeds of inventions and innovations that create truly new designs. We want truly creative, novel, beautiful, and useful designs to be rewarded with patent protection; but awarding damages of total profits for design patent infringement in the era of constantly evolving devices overly inflates the role that form plays over function.

The theory and history of design patents supports that incentive structure. Historically, that has meant that courts enforced design patent infringement especially when the product in question is, in part, dictated by its design. Simple products that are not compilations of inventions work well within this structure. An infringement on the design of a unique shovel can and should be rewarded by the inventor recouping losses from others’ knock offs. Similarly, when Apple’s designs are stolen, Apple should be compensated for the value of the design element in the infringing product.

However, when the design is essentially packaging and integration of component parts or technologies invented by others, any finding of design infringement should only compensate for the portion of the product – the design – that has been infringed upon rather than the total profits of the entire product.

Upholding this longstanding principle will be especially important to our current and future economy, which is heavily reliant on integrating computer engineering. If the Federal Circuit Court gets this matter wrong, overturning longstanding precedent, it will allow a single design patent to swallow all the technological breakthroughs from hundreds, if not thousands of technology patent authors, that came before. That would be akin to the Federal Circuit Court crediting the current mayor of Rome with all the 3,000 years of genius that lie below the current city.

Technology companies are carefully watching the outcome of Apple v. Samsung to determine whether their incentives to continuously innovate will continue or whether the loss of total profits and fear of endless litigation will prevent companies from bringing new products to market in today’s ever evolving digital age.

You are here Home 2015 August Apple v. Samsung and a Fight Over the Patents for Designs