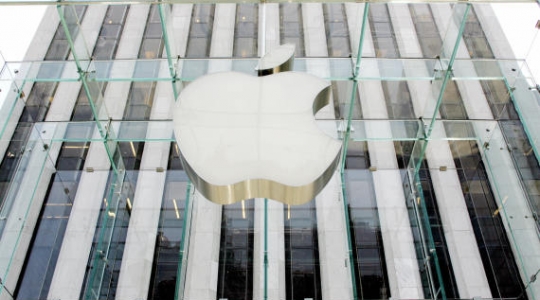 The founder of a company which won a controversial patent ruling ordering Apple to pay out $532.9m has revealed the barrage of anonymous death threats and abuse he received as he defended his case.

Labelled a “patent troll” for taking the action, Patrick Racz of Smartflash LLC penned an exclusive blog post on the Huffington Post UK on why he took action against the electronics behemoth.

“Nothing prepared me for the anonymous death threats and emailed abuse from the real trolls that are out there”, he explained.

“The next candidate for an Isis execution in Iraq”, that his family “should be burnt at the stake” and “you’re worthless just die,” were just some of the threats levelled at Racz.

Responding to claims that he was an “eighth grade dropout patent troll” Racz says “It is true I left school at an early age – interestingly so did Thomas Edison and Alexander Graham Bell -but please don’t execute me or burn my family at the stake for leaving school early and for being an inventor.”

Racz and his company Smartflash LLC became the subject of some controversy after it took Apple to court over a number of patents which covered the technology that powers iTunes and the way that people can buy and download music from Apple.

According to Racz he filed the initial patent applications relating to this functionality back in 1999 when the company “had offices and employees in several countries,”

He goes on to highlight that at the time the company had,”partnerships with major technology companies and licensing deals in place with companies such as Disney and Viacom.”

But then three years later Racz claims that disaster struck.

“In the midst of our first product launch, our lead technology partner intentionally pulled the rug from under our feet and simultaneously claimed the technology as their own.”

“The company I founded went into bankruptcy and having lost millions of dollars of my own money along with all of my remaining assets trying to save the business, I was left penniless and in debt.” Smartflash LLC describes itself as “innovative technology development and licensing corporation”
He then claims that his Senior Research and Development Director left to work for Apple as the Senior Director of Digital Rights Management.

It’s important to note that it would appear all of this took place before Racz’s six patents were approved by the United States Patents and Trademark Office (the last of which was finally approved last year).

Smartflash then took Apple to court originally asked for as much as $852m for the patents however Apple claimed that they were worth just $4.5m.

Law 360 claims that Apple’s argument is that even if Racz is the inventor, the patents are invalid under the Supreme Court’s Alice ruling which argues that abstract ideas using a computer are not eligible under section 101 of the patent act.

It reportedly claims that the patents only cover the “basic concept of controlling access to a good or service, such as media content purchased from the iTunes store, based on payment.”

At the time Apple put out a statement which read:

Smartflash makes no products, has no employees, creates no jobs, has no US presence, and is exploiting our patent system to seek royalties for technology Apple invented. We refused to pay off this company for the ideas our employees spent years innovating and unfortunately we have been left with no choice but to take this fight up through the court system. We rely on the patent system to protect real innovation and this case is one more example of why we feel so strongly Congress should enact meaningful patent reform.

Partner at Kilburn & Strode (a leading patent and trade mark attorney firm in Europe) Thomas Leonard explains that, at its core, the case is about something very simple.

“The US law says you can get a patent for any new and useful process, machine, manufacture, or composition of matter. But you can’t get a patent for something that’s simply an abstract idea, even if it is electronically implemented, for example by using a computer.”

Leonard believes that the issue with these patents is whether they relate to an abstract idea (and hence are not “patent eligible”) or whether they relate to a patentable invention that can solve a “technical problem in a technical way, to use the European equivalent language”. So in this case, whether Racz’s patents include the key technical elements needed for iTunes’ digital payment and download system to work and to take the invention beyond the “abstract idea” threshold.

However, Leonard believes Apple’s criticism of the decision focuses on something wider than patent eligibility.

“Apple’s response to the judgment complains of the nature of Smartflash LLC’s business model and what Apple sees as an exploitation of the patent system, whereby a patent owner does not work the patented inventions but instead just seeks licensing fees from other companies, and then sues for patent infringement when payment is not forthcoming.”

“So-called “non-practicing entities”, sometimes referred to as “patent trolls”, have been regarded as a problem for some time. Arguably they are less of an issue following legislative reform introduced by the Obama Administration, in particular for SMEs, but they remain a problem for Apple.”

He points out that it’s actually not that surprising that Smartflash LLC has been described by some as a ‘patent troll’ – the company is a ‘non-practising entity’ which describes a company that “doesn’t actually work the patents that it owns”, although Leonard notes that “not all NPEs are necessarily patent trolls, and Racz has rejected such a label.”

Then of course there’s the fact it chose to bring the case before a Texas court which is “traditionally where a lot of non-practising entities or ‘patent trolls’ bring patent infringement cases because they’re decided by a jury, and juries tend to rule in favour of the patentee.”

On the surface then it appears that Smartflash has all the markings of what’s known as a ‘patent troll’, however this is where Leonard believes things gets unusual.

Racz and Smartflash aren’t your average ‘patent troll’. Normally these companies will buy up patents from inventors who either can’t or do not want to use them, or don’t have the financial backing to initiate court proceedings. A patent troll will buy up these patents and enforce them against third parties, even though they had nothing to do with the innovation itself.

Well according to the patent’s filed in 1999, Racz is the inventor and it’s this key difference that in Leonard’s words makes this case ‘unusual’.

“Racz did invent the invention described in the patents, and so his rejection of the term “patent troll” would seem justified. There is no legal requirement in the US to work a patented invention, and in patent law it is irrelevant if someone else later comes up with the same idea”. So what happens next?

“I can understand their frustration, and I am sure Apple will pursue any and all appeal avenues available to them and will want to delay paying any damages for as long as possible, because it’s going to be very difficult to recover any payments that are later found to be unjustified following a successful appeal.” says Leonard.

“That being said, the abstract idea argument aside, some may maintain that Smartflash is using the patent system in the very way it was intended, and that’s to protect and reward genuine innovation”.

Indeed Apple have appealed, and in turn Smartflash has urged the Texas judge to actually triple the amount awarded to $1.6bn arguing that only a “significant enhancement” would deter future infringements from Apple.