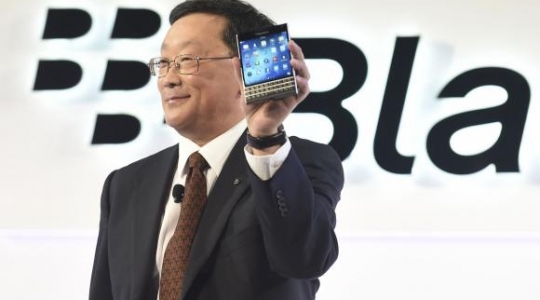 Recent tech rumors suggested that BlackBerry Limited might be releasing a smartphone with a sliding keyboard features in early Q2 of 2015.

N4BB said that the BlackBerry Passport maker could be making two new phones with concealable keyboards which are dubbed as the BB10 “Visa” and “Victoria.”

A previous BB10 slider device which was initially called the “Milan” and was later named as the “M-Series.”

The project failed to come into fruition. One reason for the plan to be shelved, according to the tech site, was that of the slider mechanism did not appear thinner than their 2010 model Torch 9800.

However, in the later part of 2014, the talks about a slider BBM device once again circulated pointing out to BBM’s patent application showing an “ornamental design for a unique concealable keyboard.”

With patent ##8,830,667, the design is described as a “storable keyboard having a pivoting cover.”

The autonomous slider, as what it is called by Habkirk (via N4BB), will likely feature a keyboard that can be auto-ejected via OS signals coming from the user’s input.

As for its unveiling date, speculations arise that the slider model will be shown to the public probably in the upcoming Mobile World Congress (MWC) in March 2015.

BerryReview.com meanwhile said that the model will likely be revealed “sooner.”

So far, the Waterloo, Ontario-based mobile company is expected to present the all-touch BlackBerry Rio in the said event.