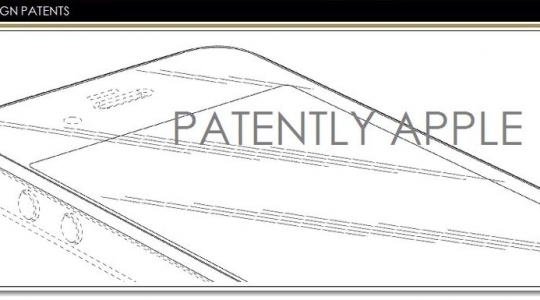 The US Patent and Trademark Office officially published a series of 55 newly granted patents for Apple Inc. today plus 4 new design patents that cover the iPhone, MacBook Pro and more. Apple’s design patents don’t really describe anything. They simply boil down to being a bundle of patent figures that get approved and our report provides you with a number of jumbo graphics to review. A special note is made to the fact that Apple’s late CEO Steve Jobs is one of the designers credited for the iPhone design.