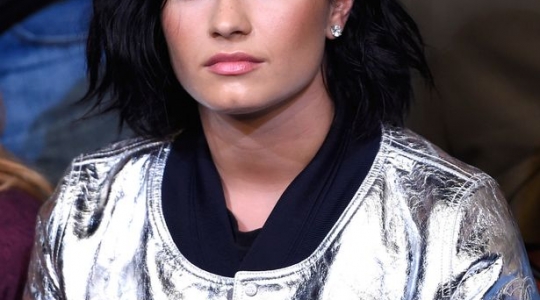 After calling out Demi Lovato for copyright infringement on Twitter last year, Sleigh Bells have taken the matter to court.

“A comparison of the two songs reveals that, at the very least, the combination of the hand claps and bass drum, structured as 3 quarter beats and a rest, with the bass drum providing a counter-rhythm to the hand claps, is at least substantially similar in both works,” according to the documents (below) filed in a California district court. “This infringing material repeats throughout the Defendants’ song.”

The band initially accused Lovato of sampling “Riot Rhythm” as well, but the law suit focuses on “Infinity Guitars,” which was licensed by Samsung for a commercial.

The song’s producers denied sampling Sleigh Bells and stated that Lovato had nothing to do with the production of the song, but the band remain confident they have a case against her.

Krause and Miller request $150,000 in damages and recuperation of their legal fees. Additionally, they seek “a permanent injunction prohibiting the reproduction, distribution, sale, public performance or other use or exploitation of ‘Infinity Guitars’ by Defendants.”

It’ll be tough sledding for Sleigh Bells: to prove copyright infringement in court, a jury must determine that offending song corresponds to the original’s “deposit copy” — or sheet music. And since hand-claps and tub-thumps aren’t generally represented on sheet music, arguing this case is going to be close to impossible.

Even Led Zeppelin got “Stairway to Heaven” cleared in court earlier this year, and the guitar riffs in question were pretty well documented on paper.