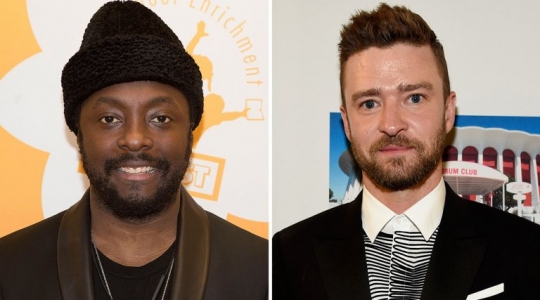 The hit song was released in 2006, but the suit wasn’t filed until a decade later.
“Damn Girl” sampled “A New Day Is Here At Last” legally and the heir of a disco composer doesn’t have standing to sue Justin Timberlake and Will.i.am (Will Adams) for copyright infringement, according to a Monday court filing.PK Music Publishing sued Timberlake and Adams in February, claiming “Damn Girl” copies the hook, rhythm, harmony and melody from “A New Day Is Here At Last” by disco artist Perry Kibble. Kibble’s sister Janis McQuinton claims she inherited the copyright in the work, which her brother filed in 1969 — the same year the song was recorded by J.C. Davis. “Damn Girl” was released in 2006 and McQuinton, through PK, is seeking damages from that date until the present, arguing she didn’t know about the infringement until 2015.

In a memorandum supporting a motion to dismiss, Adams’ attorney Robert Jacobs points out that there’s no case law to support McQuinton’s demand for more than a decade of damages.

“Plaintiff’s lawsuit seeks to turn Supreme Court precedent and four decades of unbroken Second Circuit law on their head,” writes Jacobs. “Just 21 months before Plaintiff commenced this action, the Supreme Court unequivocally stated that copyright plaintiffs are limited to ‘retrospective relief only three years back from the time of suit.’ ”

Statute of limitations aside, the motion’s footnotes contain salient defenses that will be hard for McQuinton’s suit to overcome.

“Plaintiff ignores the fact that…before Damn Girl’s release, Defendants sought and obtained mechanical and sample use licenses for Day’s use from J.C. Davis, who admittedly had originally recorded and released Day in 1969…and from Josh Davis who released a remix of the 1969 recording with J.C. Davis’s permission in 2005 on an album identifying J.C. Davis as the composition’s sole copyright owner,” states one.

Another footnote says McQuinton’s delay in discovering the claim is implausible. In addition to licensing Day from Davis, both the FutureSex/LoveSounds album credits and the copyright registration for “Damn Girl” state the duo’s hit samples “A New Day Is Here At Last.”

“This background points to a series of public repudiations of McQuinton’s supposed ownership rights in Day that she never challenged,” writes Jacobs in the second footnote. “Her failure to do so (within three years of the repudiations or otherwise) prevents Plaintiff from establishing its ownership rights in the work, and, thus, its standing to pursue its purported claims.”

Even if the court finds PK’s lawsuit timely, Jacobs argues any claims prior to February 17, 2013, fail as a matter of law and should be dismissed with prejudice.