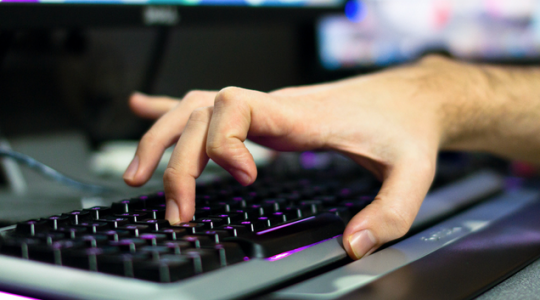 For nearly two decades, provisions in the Digital Millennium Copyright Act have made it illegal in many cases for people to circumvent copyright protections on things like CDs, DVDs, e-books, and MP3s, even when the intended use of this data may be protected by law. A new lawsuit filed today by the Electronic Frontier Foundation argues that these aspects of the DMCA don’t stand up to legal scrutiny.

Section 1201 of the Act states that you can not “circumvent a technological measure that effectively controls access” to a copyrighted work.

Thus, for example, if a DVD has digital rights management (DRM) protection on it, this means it against the law to use or traffic in any sort of software or hardware that would defeat the DRM in order to make an archived copy of the movie so you don’t have to worry about the disc getting scratched.

The law does direct the Librarian of Congress to regularly review this provision to determine its impact on the legally protected “fair use” of copyrighted material — referring to the allowable use of text, video, audio, and artwork in criticism, comment, news reporting, teaching, scholarship, or research.

However, the EFF contends in the lawsuit [PDF] that Section 1201 does not mesh with the older fair use doctrine, and that by punishing people for actions that are not infringing on copyright, the law “undermines the constitutionally required balance between copyright liability and the First Amendment and thereby disturbs the traditional contours of copyright.”

Additionally, the EFF argues that Librarian of Congress’s every-three-years review process for Section 1201 puts an undue burden on the people, requiring that they make the argument for why a particular noninfringing action should be exempt from prohibition.

Part of the requirement for making such an application is that you demonstrate that people are already engaging in this particular form of circumvention. The EFF says that “submitting such evidence invites criminal and other legal jeopardy.”

Applicants for exemption must also show that there isn’t a viable alternative to the particular exemption, even if that alternative results in a lower-quality product.

Going back to the example of DVD movie with DRM protection on it. If you’re a film professor and need to include a quick clip of that movie during a lecture presentation (generally considered a fair use), you could use any number of “outlaw” software programs that circumvent DRM, but that would probably be violating the DMCA. Or you could put in the DVD and record the few seconds you need with the camera on your phone. In order to exempt the use of DRM-breaking software for lectures, you’d have to demonstrate that the shaky phone-cam footage isn’t a viable alternative.

The EFF also claim that the Librarian of Congress has taken unrelated policy issues — topics that have nothing to do with copyright and fall outside the LOC’s fields of expertise — and applied them to restrictions on circumvention. The lawsuit cites examples where things like automobile pollution and energy policy were taken into account during deliberations on issues of copyright.

During these triennial reviews, argues the EFF, the LOC has been inconsistent in its application of the fair use doctrine.

Per the complaint:
•Circumventing DRM was exempted for the making of new documentary films, but not of narrative films, even if the latter were a protected fair use like parody.

The named plaintiffs in the suit are Matthew Green, a computer science professor and researcher at Johns Hopkins University, and Andrew Huang, an MIT-educated engineer, entrepreneur and hacker, both of whom claim to have had their First Amendment rights violated by the Section 1201 restrictions.

Green and his research team have turned up flaws in cars made by Ford, Toyota, and Nissan, along vulnerabilities in Facebook, Apple’s iMessage, and the National Security Agency’s website. He currently has a grant from the National Science Foundation to investigate the security of medical record systems, and submitted a request to the LOC for an exemption that would cover this particular security research — so he could do his work without fear of going to jail or being slammed with huge fines.

He says that at least one company has leaned on the DMCA in an effort to quiet Green’s research. According to the complaint, Green identified a vulnerability in a product and tried to notify the company. In an attempt to keep a lid on Green’s findings, he says that company contacted the Provost of Johns Hopkins University and asked that Green’s research be suppressed.

Green also claims to have declined other research products that may have violated Section 1201 out of concern that he could end up in a protracted, expensive court battle. He is also currently holding back on publishing a book that the lawsuit contends “might garner significant commercial sales discussing how to circumvent access controls.”

Huang is the inventor of the NeTV devices for editing high-definition digital video streams, and wishes to release what he calls NeTVCR, which would “allow people to recapture the functionality of a VCR” by allowing them to “save content for later viewing, move content to a viewing device of the user’s choice, or convert content to a more useful format.”

However, Huang says that to do so, he would have to circumvent the High-bandwidth Digital Content Protection (HDCP) protection. Methods for getting around HDCP have been known for years, but the lawsuit notes the Intel — which developed HDCP — has said it will sue those who use these workarounds.

Huang contends that there are numerous new forms of expression that could come from a device like NeTVCR that don’t violate copyright, but that Section 1201 and the threat of litigation under this provision prevent the product from becoming a reality.

The EFF contends that the law is overly broad, and that it is an unconstitutional prior restraint on free expression — meaning that Section 1201 presumes that circumvention is a criminal act and restricts consumers’ speech before it has even begun.

“The law imposes a legal cloud over our rights to tinker with or repair the devices we own, to convert videos so that they can play on multiple platforms, remix a video, or conduct independent security research that would reveal dangerous security flaws in our computers, cars, and medical devices,” EFF says in a statement. “It criminalizes the creation of tools to let people access and use those materials.”