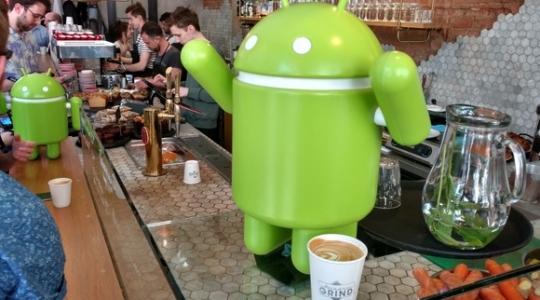 Panic over: Jury decides that Google’s use of Java APIs in Android was ‘fair use’ and, hence, absolutely fine

GOOGLE HAS WON a jury verdict against Oracle in the court case brought by the database giant over the use of Java APIs in the Android operating system.

Oracle had demanded as much as $9.3bn in compensation from Google, arguing that its use of 37 Java APIs in Dalvik, the virtual machine used to run Android apps, was an infringement of its intellectual property. And an Oracle victory may well have had far-reaching consequences across the IT world.

Oracle had argued that Google’s actions had also undermined the market for Java licences, forcing Oracle to slash the amount it demanded for licensees. Amazon, for example, had threatened to shift the underlining technology used in its Kindle e-readers from Java to Android. Oracle claims that it was forced to slash its licensing costs by as much as 97.5 per cent in response – purchasers of Oracle software take note.

Google, however, argued that its use of Java APIs amounted to “fair use” and that APIs were not, in any case, copyrightable.

The case is just the latest, and hopefully the last, in a long battle between the two companies over Java and Android.

The first round was heard in 2012, with the jury deciding in Oracle’s favour, which was overruled by District Judge William Alsup. He directed that APIs were not subject to copyright.This was overturned by an appeals court in 2014, with Google taking it all the way to the Supreme Court, which rejected the case, leaving the appeals court verdict intact.

However, it failed to address the central issue of whether Google’s use of Java APIs in Android constituted fair use or not, which could have set a far-reaching legal precedent – hence the new trial this month, won by Google.

Oracle’s demand for up to $9.3bn in compensation was based on the amount of revenues its hired experts deemed that Google had coined from Android.

This figure seemed to increase as the case continued. In the most recent case, Oracle’s ‘expert’ economist Dr Adam Jaffe claimed in court that Android had generated $42.35bn in revenues for Google – partly via apps downloaded via the Google Play store, but mostly from selling adverts.

This was up from a figure of $31bn quoted by an Oracle lawyer in January, when it also claimed that Google had reaped a pure profit of $22bn from Android since the first Android smartphone had stuttered and paused annoyingly into life back in 2008. Judge Alsup, hearing the latest case, suggested that such figures were speculative, as the success of Android did not necessarily hinge solely on the 37 Java APIs.

Oracle had opened up hostilities against Google over Java shortly after it completed its 2009, $5.6bn takeover of Sun Microsystems, the company that devised Java in the mid-1990s.

A victory for Oracle would have had far-reaching implications across the US tech industry, affecting both software vendors’ profitability, as they would be forced to acquire licences to use other vendors’ APIs, and the interoperability of their products because of the potentially high cost of doing this.