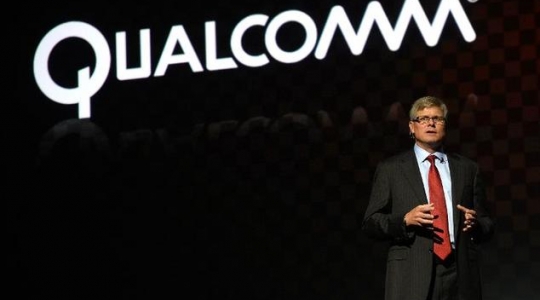 Last week at CES, I had the honor of “moderating” a panel on what was next for patent reform, that kicked off with a short speech from US Patent and Trademark Office Director Michelle Lee, who notes that she’s the first ever director of the Patent Office to attend CES (which is crazy). Before Director Lee was appointed to the full job, back when she was just the interim director, I noted that she was the first head of the patent office I’d ever seen who seemed to have a more accurately nuanced view of patents, and recognized how in some cases they could be harmful rather than helpful. She’s continued to make that clear since taking over the top job full time, and you can see that in her speech. She, unlike so many in government jobs related to copyright or patents, actually pointed out the full Constitutional clause, and how patents need to be for the promotion of progress, and not just “to help inventors get paid.”

But Lee is a good politician and didn’t say anything all that controversial on either side of the debate. The real fireworks came afterwards on the panel discussion itself, where my “moderation” consisted of asking a single question (other than asking the panelists to introduce themselves), after which the panel turned into a somewhat heated argument over the patent system in which I never had a chance to speak until the end when I had to cut things off. The question I asked: what is the one thing that you think most needs to be fixed in the patent system?

Three out of the five panelists — Kate Doerksen, Lee Cheng and Brian Mennell — represented victims of patent trolls. Kate and Brian both have experienced the perils of being a small startup and getting hit with patent lawsuits that have the potential to destroy their businesses. You can read Kate’s story here, in which she’s being sued by a large company trying to keep her startup from competing altogether. It’s even reached the point where Kate agreed to something of a deal with the devil: Erich Spangenberg. As we’ve discussed, Spangenberg, who was one of the most aggressive patent trolls, recently shifted his business into being a sort of reverse patent troll, where he makes deals with small companies like Kate’s, taking an ownership stake in the company in exchange for “helping” the company deal with patent trolls, usually by seeking post-grant review to invalidate the patents being asserted against the startups.

Mennell has the classic patent troll story of running a startup and getting hit by a patent troll that undermines the ability of the company to stay in business (and also notes that the Supreme Court’s Alice decision made him lose a business method patent, though he doesn’t seem to see that as problematic).

Lee Cheng is Newegg’s General Counsel, and someone we’ve covered for years as an aggressive fighter against patent trolls.

And yet… down at the end of the panel row was Laurie Self, a top Qualcomm lawyer. Qualcomm has been a longterm fighter against patent reform — which isn’t all that surprising, as a big part of Qualcomm’s business has been licensing its patents. Many people have argued that Qualcomm, in particular, has been the driving force behind blocking patent reform. It’s funded think tanks and front groups pretending to “represent inventors.” If you see a big patent conference where all of the speakers are basically in favor of expanding the patent system and against reform, there’s a better than even chance that the top sponsor of the event is Qualcomm. And so it was little surprise that she presented herself as arguing for “the little guy” on the panel, despite the fact that Qualcomm is a $70 billion company

Meanwhile, the concerns of the three actual representatives of small companies on the panel — who are actually dealing with patent trolling on a regular basis — were completely dismissed by Self. When Newegg’s Cheng challenged Self to come up with a single specific example of how to stop abusive patent trolling, she came up with nothing, except ideas to expand the powers of patent holders to go after companies. Every time people brought up abuse, Self more or less threw up her hands and said “how can you possibly tell what’s abuse and what’s not” and so, the implication was: why even try to stop abusive trolling?

The other representative on the panel was Rep. Darrell Issa, who among other things is the chair of the intellectual property subcommittee of the House Judiciary Committee, and thus a key person in actually moving forward with patent reform. And, if you watch the panel, you can see his visible frustration with Qualcomm and Self basically being a key player in holding up any progress on that front. He also revealed that, like the other three non-Qualcomm panelists, he too was a victim of a patent troll, back before he was in Congress. It’s well known that Issa ran a successful car alarm business before going into Congress and holds a number of patents himself, but less known is the fact that his company was apparently sued by someone holding a ridiculous and vague expired patent.

Issa pointed out, quite clearly, that Self was being very misleading in claiming that there was no way to determine what was abusive. He explained a variety of abusive practices, and noted how those specific practices could and should be targeted. Cheng similarly highlighted just how broken things are, and the total failure of Qualcomm to point out any way to deal with the trolls, instead focusing on ways to undermine earlier patent reform efforts. Issa also mocked Self’s claim about Qualcomm not suing others for patent reform “in several years” noting that the company doesn’t need to, because it just threatens companies with its giant patent portfolio and “like Clint Eastwood with 100 machine guns” tells companies that it’ll find something that they must violate:

The reason you haven’t sued anyone is you have a huge bundle of patents, and you assert them all at once. And the question is, like Clint Eastwood, with a hundred machine guns, ‘you might beat one bullet, but are you going to beat them all?’ That versus individual pleading of specific claims, is one of the innovative parts of this bill. We want companies to have to say, specifically, what did you infringe, give it with some specificity, ‘we’ve got enough patents, that you’re going to infringe something, and if you go down this road of not taking a license, we’re going to get you.’ That kind of technological omnibus is pretty good when you’ve got A&T and Qualcomm and Apple and Broadcomm all trading patents. But for the startup, that cannot necessarily afford to buy a portfolio even if they believe they don’t fall under it, it can be devastating.

The whole panel is an interesting, if frustrating discussion — and shows a big part of why patent reform still hasn’t gone anywhere. Giant patent holding companies like Qualcomm are pretending that they “represent the little guy” and are doing everything possible to muddy the waters and block real reform that targets abuse.