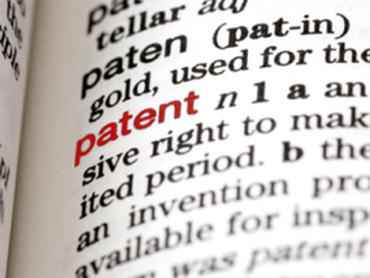 Samsung’s battle with Smartflash put on hold over patent scrutiny

A US Court of Appeals says that the case should not proceed until the US Patent and Trademark Office (USPTO) has a chance to review the validity of Smartflash’s patents.

Samsung has won an important victory against patent holder Smartflash that may ultimately save the company hundreds of millions of dollars.

The US Court of Appeals for the Federal Circuit ruled on Thursday that the lawsuit Smartflash has filed against Samsung alleging patent infringement should be put on hold until the intellectual property in question can be reviewed by the US Patent and Trademark Office (USPTO). The case will not be tried until the USPTO determines whether the patents included in the suit are actually valid and enforceable.

The ruling will mean that Samsung may not need to face off with Smartflash in court and may sidestep the hundreds of millions of dollars in fines the company was facing if it lost its case against the patent-holding firm.

Samsung benefited on Thursday from a major setback to Smartflash in April when a USPTO review board issued preliminary findings on the patents involved in the case against Samsung. That review board determined that at least some of the patents Smartflash is asserting are “abstract ideas” and not actual inventions, thereby making them ineligible for legal protection. The board’s findings were since passed to a panel of judges at the USPTO, which is expected to make a final ruling on their enforceability next year.

The patents included in the lawsuit relate digital rights management and other inventions related to data storage and payment systems for mobile devices. Smartflash has argued that Samsung is in violation of its patents and it should be forced to pay damages for including certain features related to its intellectual property in its mobile apps and devices.

Smartflash is in the middle of a nearly identical lawsuit against Apple, alleging that that company’s App Store and iTunes, among other applications, violate the patents. Smartflash won its initial case against Apple in February and was awarded by a jury $532.9 million in damages. In early July, however, US District Court Judge Rodney Gilstrap said that he may have “skewed” the jury when issuing damage instructions and has ordered a new damages hearing.

SmartFlash makes no products of its own but holds a patent portfolio that it licenses to device makers. Such firms are often dubbed patent trolls for their penchant for seeking to license their patented tech and, if unsatisfied with the result, suing companies for alleged patent infringement.

For its part, Apple has publicly shared its opinion of SmartFlash, saying in February that the company is “exploiting” the marketplace.

“Smartflash makes no products, has no employees, creates no jobs, has no U.S. presence, and is exploiting our patent system to seek royalties for technology Apple invented,” the company said in a statement at the time.

Two days after Apple was ordered to pay damages, SmartFlash filed a second lawsuit over the same patents but including products — such as the iPhone 6, iPhone 6 Plus and iPad Air 2 — that didn’t exist when the first suit was filed.

If the patents are deemed ineligible for legal protection, it’s likely that the cases against Apple and Samsung will be dropped and all damages the iPhone maker was expected to pay will be null and void.

Neither Samsung nor Smartflash immediately responded to a request for comment.