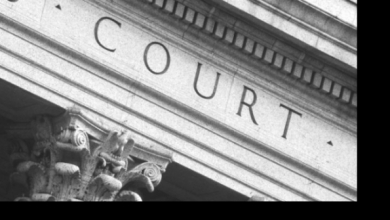 IT Heavyweights Side With Samsung in Apple Patent Ruling

We all knew Apple (AAPL) and Samsung’s patent war would never end. And, you know what, it hasn’t.

Last May, a federal appeals court overturned about 40 percent of the $930 million a jury awarded Apple in 2012 resulting from the first of two high-profile, titanic legal battles between the iPhone maker and the Korean device maker spanning nearly two years.

In ruling that Apple’s iPhone appearance could not be protected, the appeals court ordered a U.S. District Court in San Jose, CA to rethink $382 million of the award handed to Apple for trade dress dilution, specifically the visual appearance that connected customers to the iPhone,

But the court left intact about $550 million of the award.

Now, a who’s who of Silicon Valley-headquartered IT heavyweights, including Google (GOOG), Hewlett-Packard (HPQ), Facebook (FB) and Ebay (EBAY) along with Dell and others have petitioned a federal appeals court to review its decision ordering Samsung to repay profits gained from infringing on the iPhone maker’s patents.

According to an Inside Sources report, the group filed an amicus brief, or “friend of the court” on July 1 with the U.S. Federal Circuit Court of Appeals arguing that its ruling could spark a barrage of lawsuits and choke innovation, resulting in fewer device choices for consumers.

Such briefs typically are submitted by people or organizations with a compelling interest in the case but not included as a party to the action. Google, owing to its Android operating system, appears to have more than merely a passing interest in the proceedings, certainly more than the others.

The loose coalition of IT bigwigs said the court’s ruling could devastate their research and development efforts.

“If allowed to stand, that decision will lead to absurd results and have a devastating impact on companies, including [the briefing draftees], who spend billions of dollars annually on research and development for complex technologies and their components,” the companies said in the brief, as Inside Sources reported.

Here’s what’s behind their objection to the court’s ruling: The companies, each of whom has a heavy stake in the mobile industry, contend that mobile devices are the sum of their parts not a collection of individual designs, features and components.

“Under the panel’s reasoning, the manufacturer of a smart television containing a component that infringed any single design patent could be required to pay in damages its total profit on the entire television, no matter how insignificant the design of the infringing feature was to the manufacturer’s profit or to consumer demand,” the group said.

Apple, in turn, has argued that the opinions of the IT companies shouldn’t sway the court’s opinion, singling out Google’s direct interest in a ruling favoring Samsung.