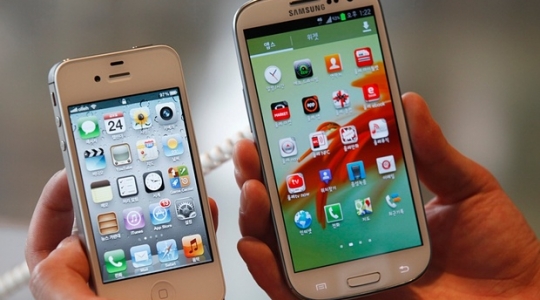 Silicon Valley companies rally around Samsung with supporting statement arguing that Apple’s patent litigation is damaging to the industry.

Google, Facebook, Dell, HP, eBay and a collection of other large Silicon Valley companies have sided with Samsung in its battle over patents with Apple.

The coalition filed a motion with the US Federal Circuit Court of Appeals supporting Samsung’s appeal over damages related to alleged patent infringement, saying that the ruling will have “significant detrimental consequences for the continued development of useful modern technologies” if left to stand.

Apple and Samsung have been fighting in courts around the world for the past three years, trading suits over patent infringement, some involving now standard features such as double-tap or pinch to zoom.

Last year, the two companies agreed to end all patent lawsuits outside of the US, leaving America the final battleground.

Apple was awarded more than $1bn in the first patent trial in 2012. Since then Samsung has appealed multiple times to have the sum reduced or the judgment overturned. Samsung was later ordered to pay Apple the “total profit” of its infringing Galaxy smartphones. Apple then sued Samsung for $2bn last year. Samsung’s appeal is still ongoing, and now supported by the Silicon Valley coalition’s amicus brief.

The coalition argues that the design patents covered only minor features and that should the court uphold the judgment and force Samsung to pay Apple damages over patent infringements it would be detrimental to the development of the industry and consumer choice.

“If allowed to stand, that decision will lead to absurd results and have a devastating impact on companies who spend billions of dollars annually on research and development for complex technologies and their components,” said the coalition in the brief.

Apple has argued that the support of other companies in the patent battle should be ignored by the court, and that Google’s involvement in particular should be dismissed.

Google, as the developer of Android on which the infringing Samsung smartphones and tablets ran, has a direct vested interest in the case.

Should the court uphold Apple’s victory and force Samsung to pay damages, it could open up other companies including Google to further patent infringement lawsuits.