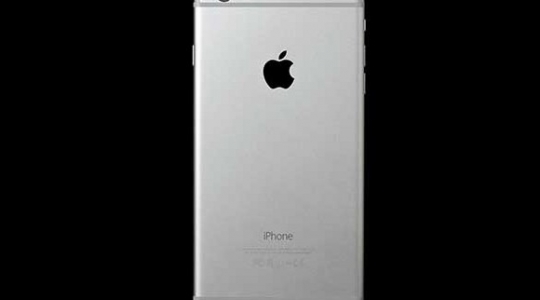 Last week Apple was granted a patent titled “Non-capacitive or radio frequency-transparent materials with anodized metal appearance” by the US Patent and Trademark office.

There is speculation that the material referred to in this Apple patent may be used to get rid of the plastic antenna band on the back of the iPhone. A common complaint of early iPhone’s was the call and reception quality. When my sister had an iPhone 4, I’d cringe whenever I saw her calling, because I knew from experience that most of the conversation would be “What was that? You’re breaking up.”

Newer iterations of the iPhone seem to do better with call quality, but the backs of the iPhones still include what some would consider “unsightly” antenna bands on the back.

The newly awarded US patent described as ‘composite structures that have an appearance of an anodized bulk metal’ can provide phone designers with a metallic looking material that doesn’t interfere with the functioning of RF antennas. The company is widely expected to use the new composite structure on its next iPhone model likely to launch later this year.

The patent wording also seems to suggest that Apple may use the material on it’s Macbook line as well. In the patent document, it states:

“The composite structure can give the enclosure a metallic look without interfering with the functioning of some electronic components of the electronic device, such as RF antennas, touch pads and touch screens,”

Apple also detailed the challenges of using metal in computing devices, and noted that touch pads and touchscreens are generally plastic and glass, due to metal being a highly capacitive material. Subsequently, the plastic and glass result in a visible break in the metal housing and as Apple put it, “…detract(s) from the smooth and continuous look of the metallic housing.”

It will be interesting to see if Apple can integrate this technology into the iPhone. They previously attempted to use sapphire for the screens but had supply and cost issues. An all-metal body with a sapphire screen could be very interesting.