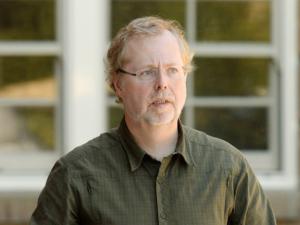 San Francisco – Patent buyer Intellectual Ventures has persuaded Microsoft and Sony to invest in its latest acquisition fund while Apple and Intel, which invested with IV previously, declined to participate, according to people briefed on the fundraising.

The investment decisions by four technology companies come in the midst of a heated debate over whether it is too easy for patent owners to extract large royalty payments, and whether patent buying firms spur or stifle innovation.

But Apple and Intel’s decision is significant because the biggest tech companies have supported IV in the past. “This would be a dramatic departure,” Jakel said.

Intellectual Ventures declined to discuss investments. Microsoft, Sony, Intel and Apple also would not comment. It is unclear whether Intel and Apple could still opt to invest in IV’s vehicle at a later time.

Created in 2000, Intellectual Ventures has raised about $6-billion and acquired 70 000 patents and other intellectual property assets. The company is seeking to raise $3-billion more, a 2013 investor presentation reviewed by Reuters shows.

Over the years IV and other firms like it have faced criticism from some in the technology industry, who argue that firms like IV, which do not primarily make products, exploit the patent system by demanding royalties and threatening litigation.

IV argues that by buying patents from inventors, it creates a mechanism for them to capitalise on their ideas. Several large tech companies previously invested in IV, which gave them low-cost licenses to IV’s vast patent portfolios as well as a portion of royalties IV collected.

IV’s fundraising comes as a proposal to make it easier to fight patent lawsuits passed the House of Representatives last year and is currently pending in the Senate Judiciary Committee.

Some companies like Google Inc publicly supported the bill, which included a provision to make it easier for the winner of a patent lawsuit to recover legal fees. Google invested in IV’s first fund in 2003 but has said it declined to participate in subsequent ventures. IV sued Google’s Motorola Mobility unit in 2011, and that litigation is ongoing.

Microsoft and Apple were among seven major corporations which warned last week against weakening the patent system and hurting innovative companies. Still, Microsoft reiterated on Friday that it “applauds” the pending bill.

Amy Landers, an intellectual property professor at University of the Pacific McGeorge School of Law, said Apple and Intel’s decision on IV’s latest fund was probably unrelated to the political debate on patent reform.

“The companies that are not investing in the fund have probably just found better uses for their money,” Landers said.

At the end of 2012 the average rate of return for IV’s 2003 fund was 16.2 percent, while the 2008 fund stood at 2.5 percent, according to the 2013 investor presentation. In a court filing last year, Intellectual Ventures said it has earned more than $3-billion to date in licensing fees.

Patent buyers also are facing some competition from companies like Unified Patents, which argue that tech companies should try to invalidate threatening patents instead of just financing aggregators like IV to acquire them.

“I think there’s a recognition by a lot of companies that simply trying to buy your way out of the problem is like bailing water from a sinking ship,” Jakel said.

Jakel declined to disclose whether any of the tech companies in this report are clients.