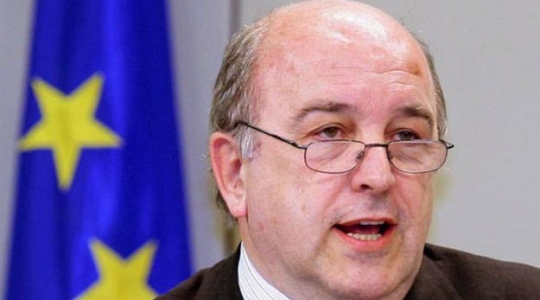 Speaking at the European Competition Day [actually, it should read days…] earlier today, Joaquín Almunia, the Vice-President of the EU Commission responsible for Competition Policy, addressed several recent developments in competition law. The Commissioner briefly discussed the significance of the new Technology Transfer Block Exemption Regulation, and related Guidelines, which were adopted by the Commission on 21 March and will enter into force on 1 May. As noted in an earlier IPKat post, the new rules follow the path of Regulation 772/2004, but introduce several important changes in relation, inter alia, to the market share threshold applicable to non-competitors when the licensee owns a substitute technology, restrictions of passive sales, exclusive grant back provisions, non-challenge and termination clauses, and technology pools. According to Almunia, the new TTBER will encourage the conclusion of licensing agreements which have pro-innovation effects:

The second policy development I will mention is an example of how antitrust enforcement can be adapted to support innovation in Europe. I’m talking about the new rules for the assessment of licensing agreements adopted by the Commission last March. Through these agreements, innovative firms license the use of their patents, know-how and software to other companies. A good licensing system strengthens the incentives for research and development; helps to spread innovation; and allows licensees to bring new products and services to the market. However, the system can also be used to stifle competition. For instance, two companies can use a licensing agreement to divide markets between themselves instead of competing with each other. The rules we have approved in March will give better guidance to firms on how to license in ways that stimulate innovation and preserve a level playing field in the Single Market.

Commissioner Almunia has also recently discussed upcoming decisions of the European Commission in relation to antitrust issues arising in patent law, concerning, in particular, the enforcement of standard-essential patents. At the 62nd Spring Meeting of the ABA Section of Antitrust Law, at the end of March, Almunia said that the Commission is soon going to adopt final decisions in cases COMP/C-3/39.985 and COMP/C-3/39.939, which respectively investigated whether Motorola Mobility Inc. and Samsung have failed to honour the FRAND commitments they gave to the European Telecommunications Standards Institute (ETSI). Last October, Samsung offered formal commitments to address the competition law concerns arising from the use of injunctive relief to enforce standard-essential patents, and the Commission proceeded to market test them (see earlier post). As reported by Law360, the antitrust proceedings have reached the end:

Almunia added that, while Motorola has chosen to discuss the matter before the Court of Justice, refusing to offer commitments, he is confident that the court will upheld the Commission’s findings. ‘In most of the cases’, he concluded, ‘we win the cases before the courts’.