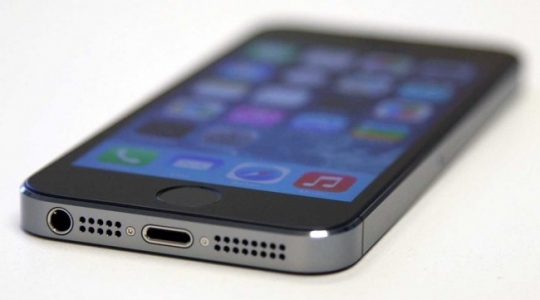 Apple, it seems, has incited Samsung to blame Google over patent infringement for an ongoing legal battle over the iPhone and Samsung involving device patents in San Jose, California. Currently, Apple is arguing that Samsung has caused $2.2 billion in damages by copying the iPhone technology for their own smartphones, the Samsung Galaxy.  Samsung argued on their own behalf that Google was essentially to blame and behind the Android platform development.

As the legal battle unfolds, Google executives argued in court that while the Android was being developed, the media giant ensured that the Android would be very different from Apple operating devices and also systems. Apple is calling foul to their claim by pointing out the similarities between the iPhone, which first launched in 2007, and the Android, which launched later on in 2008.

Things escalated in the court battle on April 11 when Apple reportedly began to detail their “massive infringement” case against Samsung that involves five patents for Apple. Apple is also complaining of a $507 (out of the $2.2 billion total) loss of profit as a result of Samsung’s actions in front of a jury in San Jose, California.

Computerworld.com is indicating that Apple is demanding as much as $560 million for potential loss in demand for Apple’s products due to the damages by Samsung and Google.  The hardware giant wants the other $560 million of the $2.2 billion total to be part of a royalty deal for the use of what Apple is claiming are their own licensed patents.

On the side of the plaintiffs, it appears Apple has incited Samsung to point the finger of blame at Google in this ongoing patent infringement case over the iPhone. Samsung and Google both claimed they have done nothing wrong. Samsung said Google should take the large amount of blame for the development of the Android.  Additionally, Samsung claimed that the development of Google’s Android software preceded the Apple iPhone software design was available.

On Google’s part, Google Vice President of  Android, Hiroshi Lockheimer tried to show how different Google’s Android was from Apple’s iPhone.  He added that any of Apple’s claims for patents were wrong or misleading.

Currently, this trial is seen more or less as a political power grab for one company to try to assert itself as the most dominant leader in the smartphone business. Despite this, the report from Tech Times indicates that all three companies are hoping for some type of resolution in order to avoid future legal and financial issues such as patents over operating systems in the near future.

It’s not the first time Apple has sued Samsung over a patent issue. In 2012, Apple was awarded $1.2 billion in a settlement with Samsung. Eventually, the amount went down $450 million. It then went back up by about another $230 million after the case was retried. Currently, Samsung now owes Apple approximately $930 million. That case is currently in appeal. However, until some ultimate decision is passed to keep smartphone developers from going to war with each other over patents, it appears legal messes such as this will continue, including Apple inciting Samsung to blame Google for patent infringement over the iPhone in this latest bout.